Each year the gulfs around Península Valdés (Golfo Nuevo, Golfo San José and Golfo San Matías) are visited by 1000 to 2000 southern right whales, out of a total estimated population of 5000 to 6000 individuals.

Which whales come to Península Valdés?

These whales migrate thousands of kilometers annually. In summer and fall they feed in the cold and plankton-rich waters of the Argentine sea and continental shelf, and in the vicinity of several Subantarctic Islands. Later in the year they migrate to the temperate waters of the northern Patagonian gulfs and northern Argentine sea, all the way to Uruguay and southern Brazil, where they breed in winter and spring. 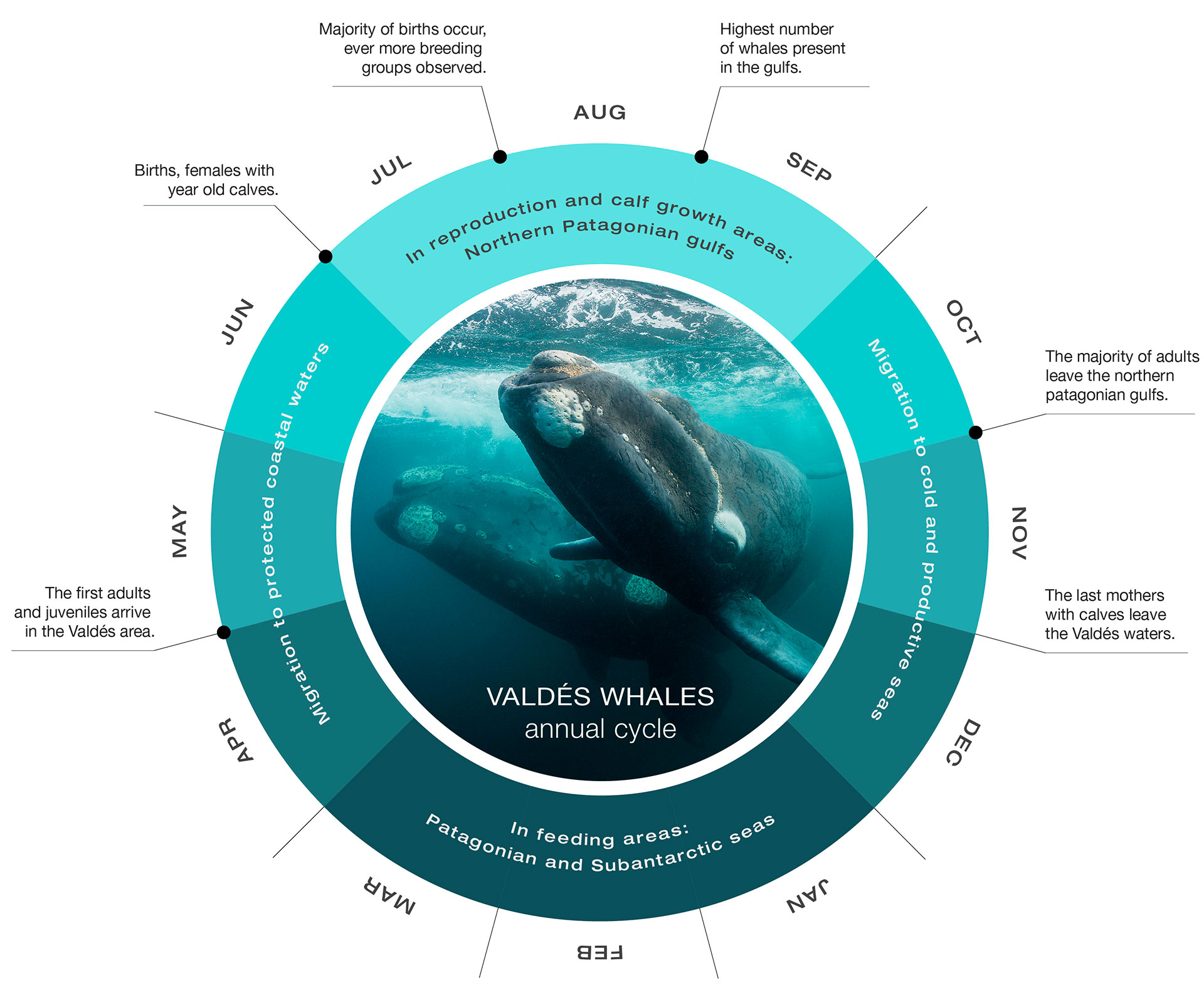 Tracked Whales 2022 - 2023
Login to Siguiendo Ballenas
Reset Password
Enter the username or e-mail you used in your profile. A password reset link will be sent to you by email.